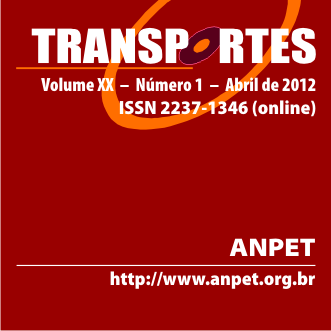 This study analyzes the variations in urban bus fares and households income, as well as their effects on the demand of paying commuters in 9 large Brazilian cities between 1995 and 2008. The study shows that a gap between the rise of urban bus fares and the population’s income led to a decrease of more than 30% of the paying demand between 1995 and 2003. According to the price elasticity estimated in this study, the demand for bus services has exhibited elastic behavior since 2001. Since then, the gradual increase observed in population income seems to buffer against the persistent fare increases. The recovery of the average household per capita income since then seems to support a reversal of downward trends in the number of paying passengers and an increase access to public bus services. The study concludes highlighting some public policies that could provide a better economic environment for the provision of efficient and affordable transit services.